This programme consists of one 10 ECTS module that is conferred as a minor award. It is designed to allow learners to understand the complex nature of suicide bereavement and the psychological havoc that is created in the lives of suicide survivors. It will also introduce the learners to a range of individual and group interventions to help facilitate the healing process. Learners on this programme will engage in teaching, discussion and engagement with key scientific literature related to the post-suicide landscape, the key principles of intervening with this client group and the therapeutic resources and responses that are appropriate.

Learners who enrol in this programme will be professionals who will be professionals who work clinically and therapeutically with clients who may be experiencing bereavement through suicide, and who wish to undertake a shorter programme to enhance their knowledge, skills and competence in the area of working with survivors of suicide. Learners must have a clinical qualification that allows them to work therapeutically with clients. This programme will be ideal for qualified practitioners to utilise for continuing professional development specific to the area of suicide postvention. Please contact us if you have any queries about entry requirements.

You will need to have:

As this award is conferred at Level 7 on the National Framework of Qualifications (NFQ), it evidences the rigour required for a quality programme of learning. The dynamic mix of theory, skills, and clinical considerations ensures learners grow academically, professionally, personally and interpersonally within frameworks that are on the cutting edge of best practice. Learners on this programme will have access to:

Professionals who are working clinically/therapeutically or in a supporting role with clients as part of their route practice. Learners must be able to evidence a minimum of a Level 6 qualification on entry.

The purpose of this minor award is to help the learner understand the complex nature of suicide bereavement and the psychological havoc that is created in the lives of suicide survivors. It will also introduce the learners to a range of individual and group interventions to help facilitate the healing process.

While many programmes include some input on bereavement, grief and loss, there is a need, when working with suicide survivors, for a deeper appreciation of the complicated psychological distress and emotional problems that emerge in the wake of suicide. This distress is not confined to the families, friends and loved ones of the deceased but also impacts profoundly on therapists, health care professionals, first responders and communities, in some cases resulting in early exits from their chosen profession.

This Minor Award will help learners to understand and to examine the nature of suicide bereavement and will equip them to support suicide survivors, their families and communities in their healing journey. It will also help them recognize and understand their own often disenfranchised grief and strengthen their personal and professional resources for working in this area.

Essay (80%)
Learners will write a 2,500 word, online resource for a professional readership that focuses on therapeutic work with clients presenting with suicide postvention issues.

The work must include:

Please note due to the current Covid -19 restrictions, our office team are working remotely. Therefore we would encourage you to apply online for speedy process of your application. Should you have any questions in relation to making your online application please contact Triona on 086-0499154.

Simply click the below button to be brought to our online application process. When prompted, please select ‘Validated & Accredited Courses’, then select the option that suit you the best and complete the form.

If you have any trouble at any stage of the application please click here to get in touch and we will be happy to help.

Why attend this Level 7 Minor Award in Suicide Postvention?

About the Programme Facilitators 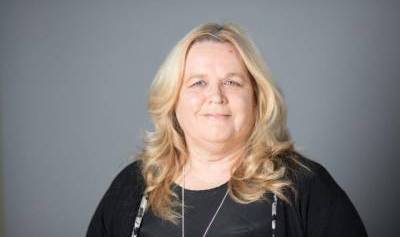 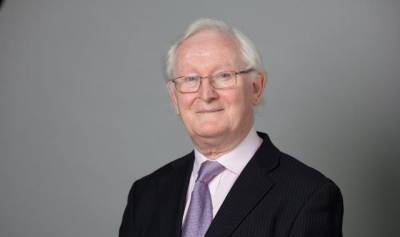 Christy KenneallyModule Lecturer
Christy Kenneally is a Communications Consultant, International Lecturer and Keynote Speaker with specialist expertise in the areas of Bereavement & Loss, Suicide Prevention and Postvention, Building Resilience and Effective Communication. He is also a Published Author, Scriptwriter for Television and Video, with over 35 years experience working within Ireland and Internationally.

Christy has worked tirelessly over the last three decades in the areas of Bereavement and Loss, Cancer Support and Positive Mental Health with organisations such as, Living Links, The Samaritans, A Little Lifetime Foundation, Accord, The Hospice Foundation, Bethany Bereavement Groups, The Irish Heart Foundation, & The Irish Cancer Society.

He has published five novels, four books of poetry, three autobiographical works and two non-fiction books, ‘Life after Loss’, a guide for those working with the bereaved and ‘Say Yes to Life, Discover your Pathways to Happiness and Well-Being’ a self-help programme for overcoming depression and anxiety which he co-wrote with his wife Dr. Linda Finnegan, Principal Clinical Psychologist.

Christy has worked extensively in the area of Corporate Communication both nationally and internationally and is well known for his television series, ‘Heaven on Earth’ and the ‘The Lost Gods’ which is six-part documentary series on the religions of the Egyptians, Greeks, Romans, Maya, Inca and Celts.