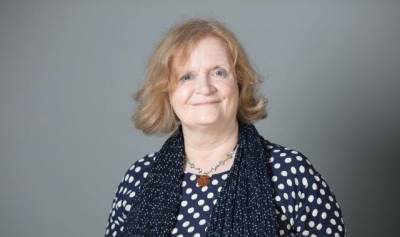 Dr. Woods has a wealth of teaching experience, lecturing in colleges such as IICP, Trinity College Dublin, National University of Ireland Maynooth and Dublin Business School.

Her research and teaching interests include:

Woods, M. (2000). “The Value of The Strengths Perspective in Understanding and Responding to Alcohol and Drug Problems”, The Irish Social Worker, Summer 2000

Woods, M. (2000). “Women, Drug Use and Parenting in Dublin: The Views of Professional Workers in The Drug Treatment and Social Work Fields”, In Illicit Drugs: Patterns of Use – Patterns of Response – Proceedings of the 10th Annual ESSD Conference on Drug Use and Drug Policy in Europe, Eds A. Springer and A. Uhl, Innsbruck: Studienverlag, Pp. 275-289

Woods, M. (2016). Towards a trauma-informed, gender responsive and pluralistic approach to women, drug use and parenting. Poster Presentation at the 32nd Annual Conference of the Society for Exploration of Integrative Psychotherapy: 16-18 June 2016, Trinity College Dublin, Ireland.

Woods, M. (2016). Taking care of unfinished business/nobody’s business: Emergent findings from an exploratory study of the lived experiences of women addiction counsellors with a history of addiction. Poster Presentation at the 32nd Annual Conference of the Society for Exploration of Integrative Psychotherapy: 16-18 June 2016, Trinity College Dublin, Ireland.

Woods, M. (2016). Throwing the woman out with the bathwater?  Towards a trauma-informed, gender responsive and empathic approach to women and drug use. Presentation at the SAOL Conference: 9th March 2016, Dublin: Ireland.

Woods, M. (2013). ‘Don’t You Know That It’s Different For Girls?’ Women, Drug Use And Children, Presentation To The ‘Different For Women: Women And Addiction’ Conference Run By The SAOL Project, 6th March 2013.

Woods, M. (2011). ‘Taking A Hit’: The Domestic Violence Experiences Of Women Drug Users And Their Children’, Presentation To The ‘Hitting Home’: The Impact Of Domestic On Children Conference, Bray Women’s Refuge, November, 2011.

Woods, M. (2009). ‘The Impact of Drug Use on Children, Parents & Families: Messages from Research to Practice’, Presentation to Tallaght Drugs Task Force Working Conference: Drug and Alcohol Use and Child Protection and Welfare, October 2009.

Woods, M. (2006). ‘Prostitution and Service Provision in Ireland – The Views of Service Providers and Service Users’, Presentation to The Women in Irish Culture and History Conference, UCD, October 2006.

IICP College takes your privacy seriously and is fully committed to holding your information in accordance with GDPR. By continuing to use the site, you agree to our Privacy and Cookie policies. More information can be found by clicking here.
Go to Top